The Stafford Orchestra began as the English Electric Orchestra over 50 years ago. The orchestra plays a wide variety of music, and performs about 4 concerts a year in local venues. We are a friendly orchestra offering a warm welcome to new players.

In December 1964, under the musical directorship of Jack Devenport, the English Electric Orchestra was founded as part of that company’s Sports & Social Organization. It soon prospered, mustering sixty players for its first public concert at the New Theatre Hall, Stychfields, only five months later. One of the items performed was Beethoven’s First Symphony, which is still in the orchestra’s repertoire today, after over 40 years!
The players included Andrew Gulley on clarinet; who was our treasurer for many years and played regularly with us and Jim Seddon who was Secretary and Librarian, 1st violinist and stand-in conductor. He enthusiastically introduced many new faces to the orchestra over the years. 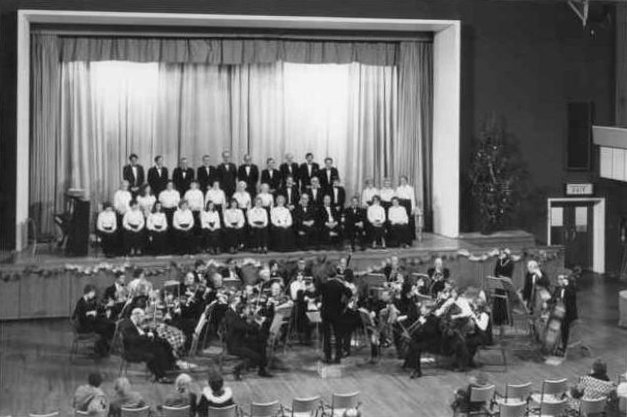 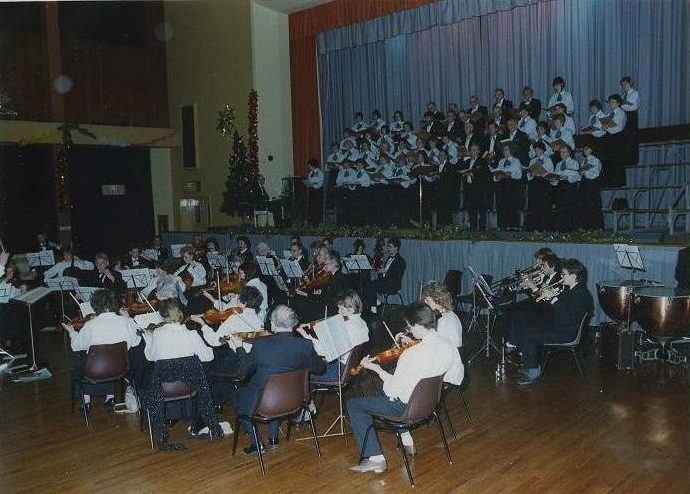 Exactly a year later, the orchestra attracted a big audience at its birthday concert. The Stafford Chronicle’s music critic was on hand with some faint praise: “Though young and possessing the usual teething troubles, the orchestra is beginning to find some cohesion in the ensemble passages”. Stychfields Hall was to remain the orchestra’s rehearsal venue for many years, until moving to St Leonard’s Club, in April 1995. By 1969, the Orchestra was performing regularly; at one Stychfields concert that year John Dunn played a recorder concerto.
In 1977, Trevor Stokes took over the reins of Musical Director, being succeeded in 1981 by Leslie Smith, a man well remembered for his later association with Stafford Choral Society. About this time, Gerry Saunders joined as leader. These were great times for the Orchestra, one highlight being a performance of Cherubini’s Requiem at Cotton College in 1986. In approx 1993 Leslie Smith left the Orchestra to concentrate on his work with Stafford Choral Society and his place was taken by Andrew Baker, the well-known Stafford Music Librarian and Composer. Andrew made great efforts to publicise the Orchestra and to recruit new players but, as ever, it proved difficult to attract a sufficient balance of good string players. 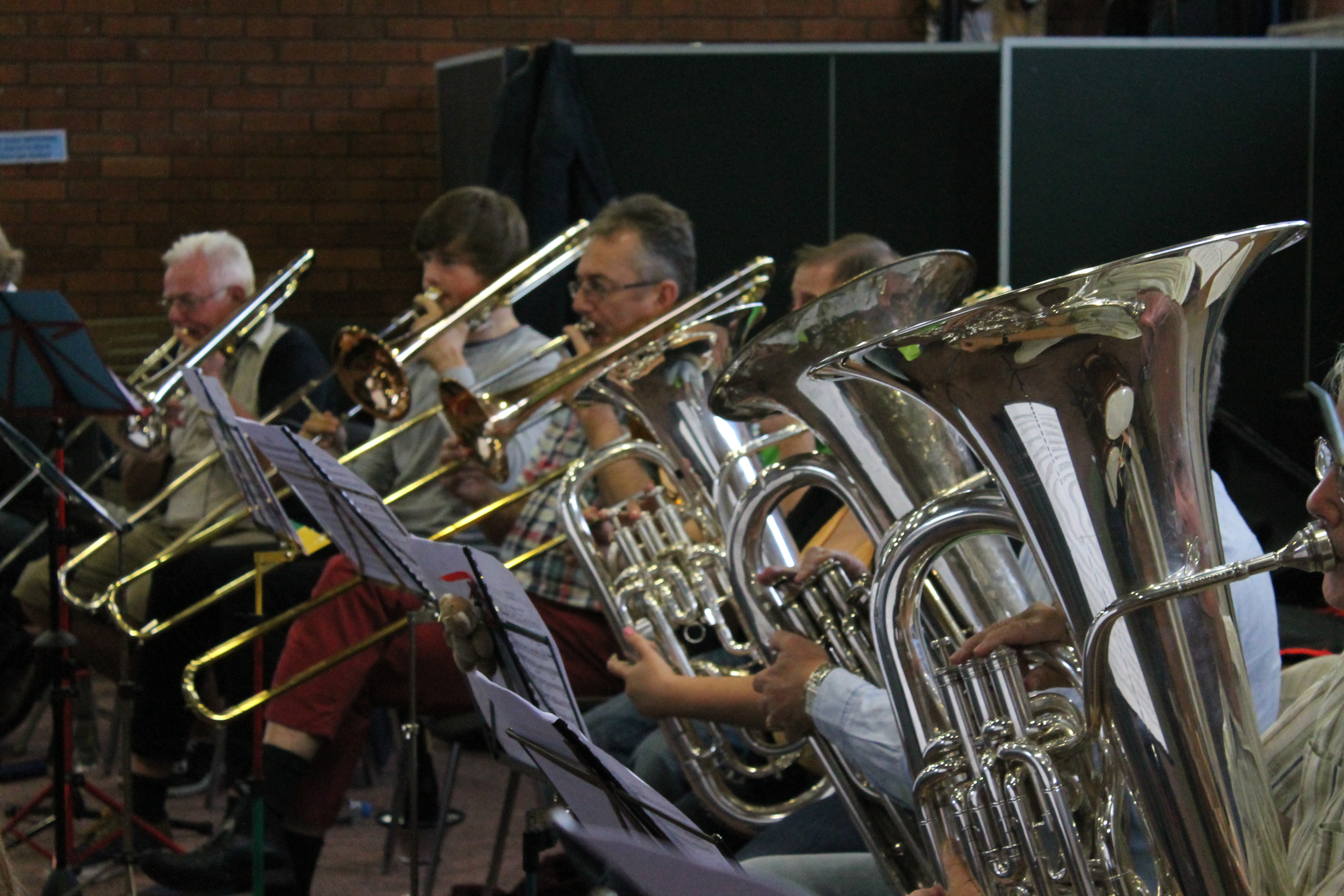 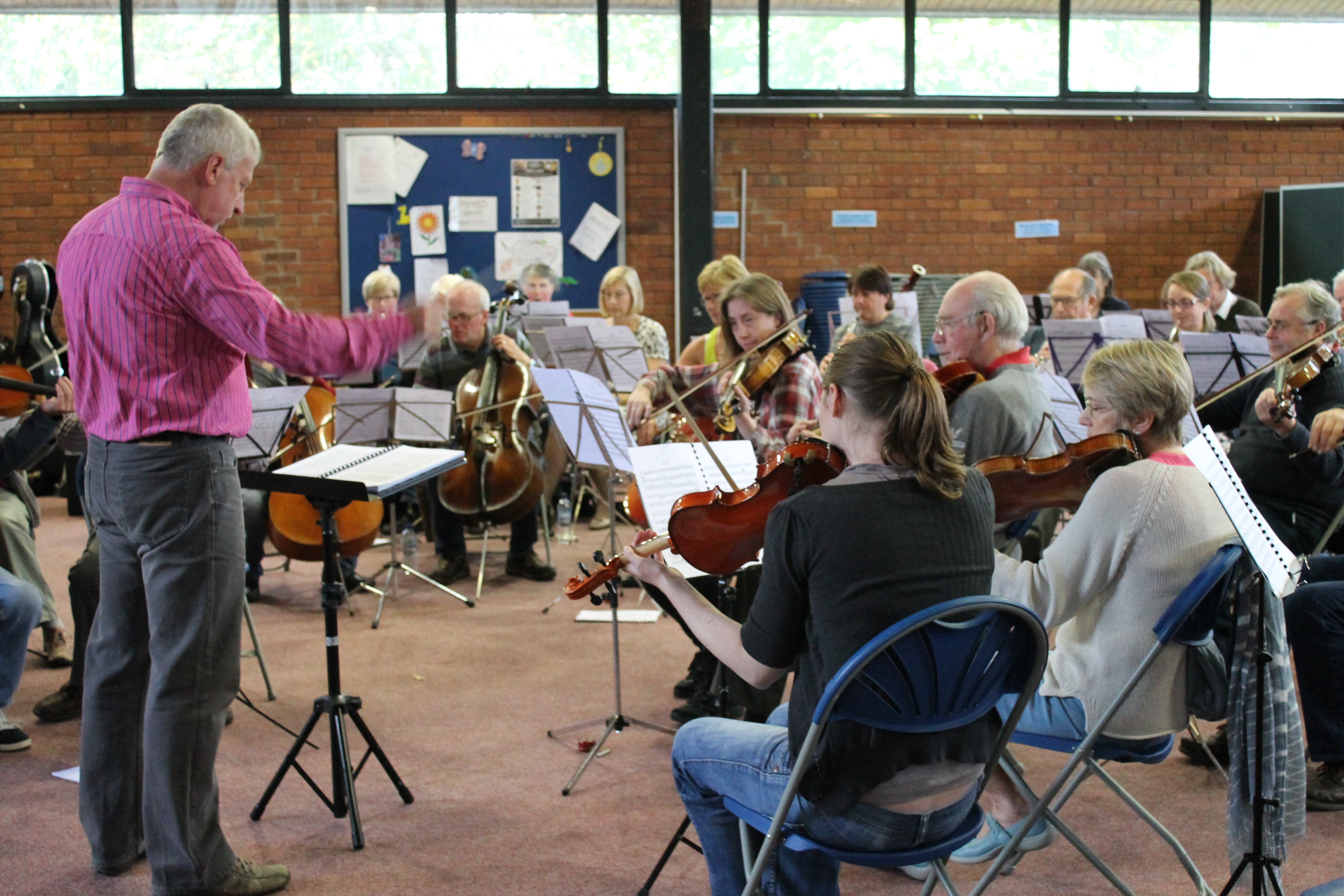 By then times were changing; English Electric had been absorbed into Lord Weinstock’s then-mighty and cost-conscious GEC empire in 1968. Still later the company was sold to Alsthom. This resulted in diminishing Company financial support until, in 1995, the company sold Stychfields Hall to Stafford Borough Council. The Orchestra was left to finance itself and to find a new home as an independent organisation at St. Leonard’s Club. At the same time, it was re-titled the Stafford Orchestral Society. The enthusiastic Bob Birchall took over as Musical Director that year at the tender age of 35. Although he remained in the post for only sixteen months, he did much to change the focus of the orchestra away from “company band” to a Stafford town-centred organization.
Tony Preece took over in August 1996, and through his contacts with Salt Parish Church and Sandon Church (not to mention the late Earl of Harrowby) established these villages as regular concert venues. The popularity of a joint concert with Stafford Concert Band at St Michael’s, Penkridge, which started as a one-off fund-raiser in 2005 for the Asian Tsunami, resulted in it to becoming a repeated venture, and every Christmas the orchestra joins forces with another ex-GEC group, the Alstom Singers (now Stafford Singers), for a concert which for years was recorded and then broadcast on Stafford Hospital Radio. Each year, we enjoyed the plush neo-Gothic surroundings of Stafford’s County Buildings and raise money for Macmillan Cancer Relief; this was a regular feature of the orchestra’s concert year from the early 1990s until mid 2000s and was largely due to the enthusiasm of our old friend and colleague Eileen O’Dempsey who played violin with us until her 90s. 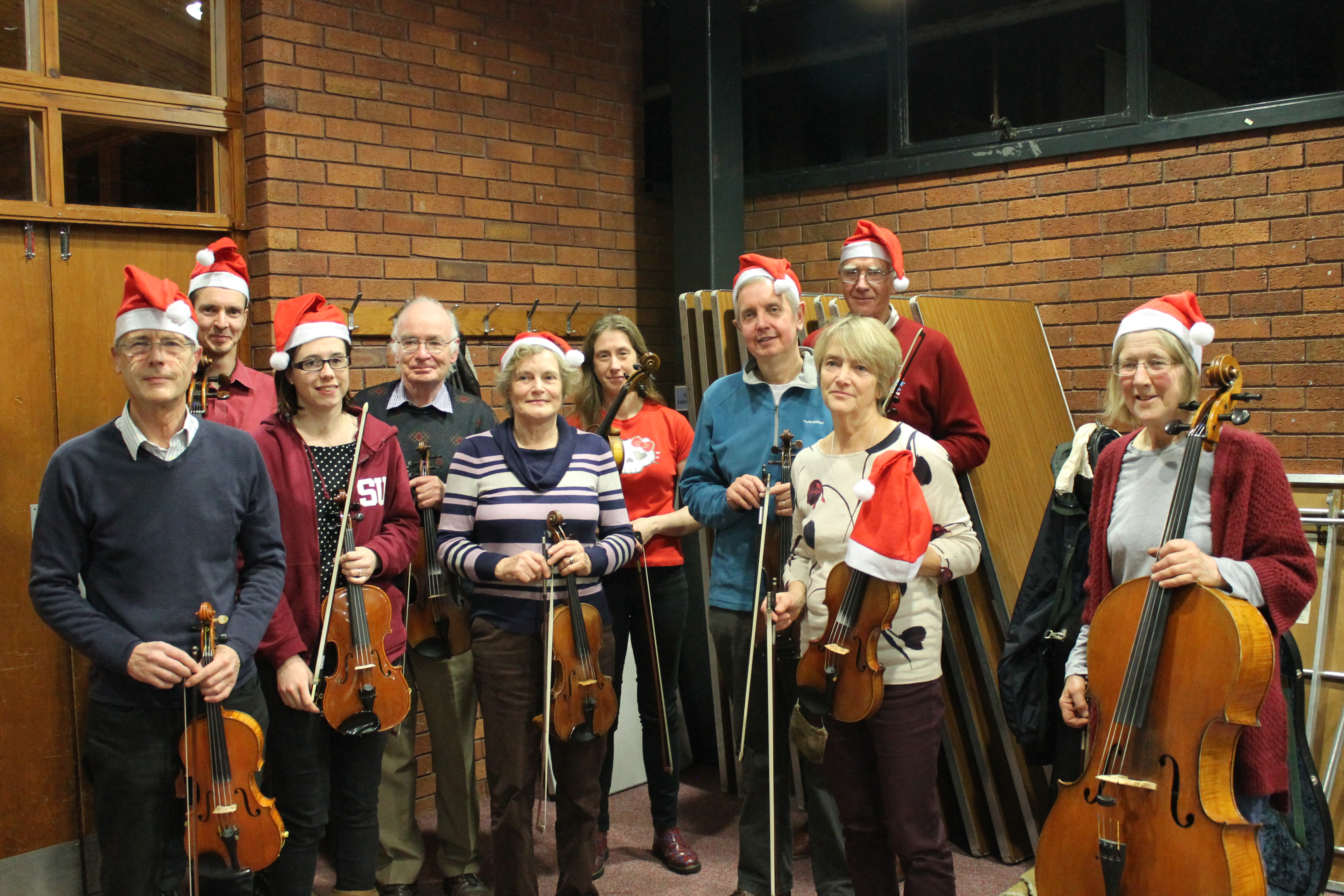 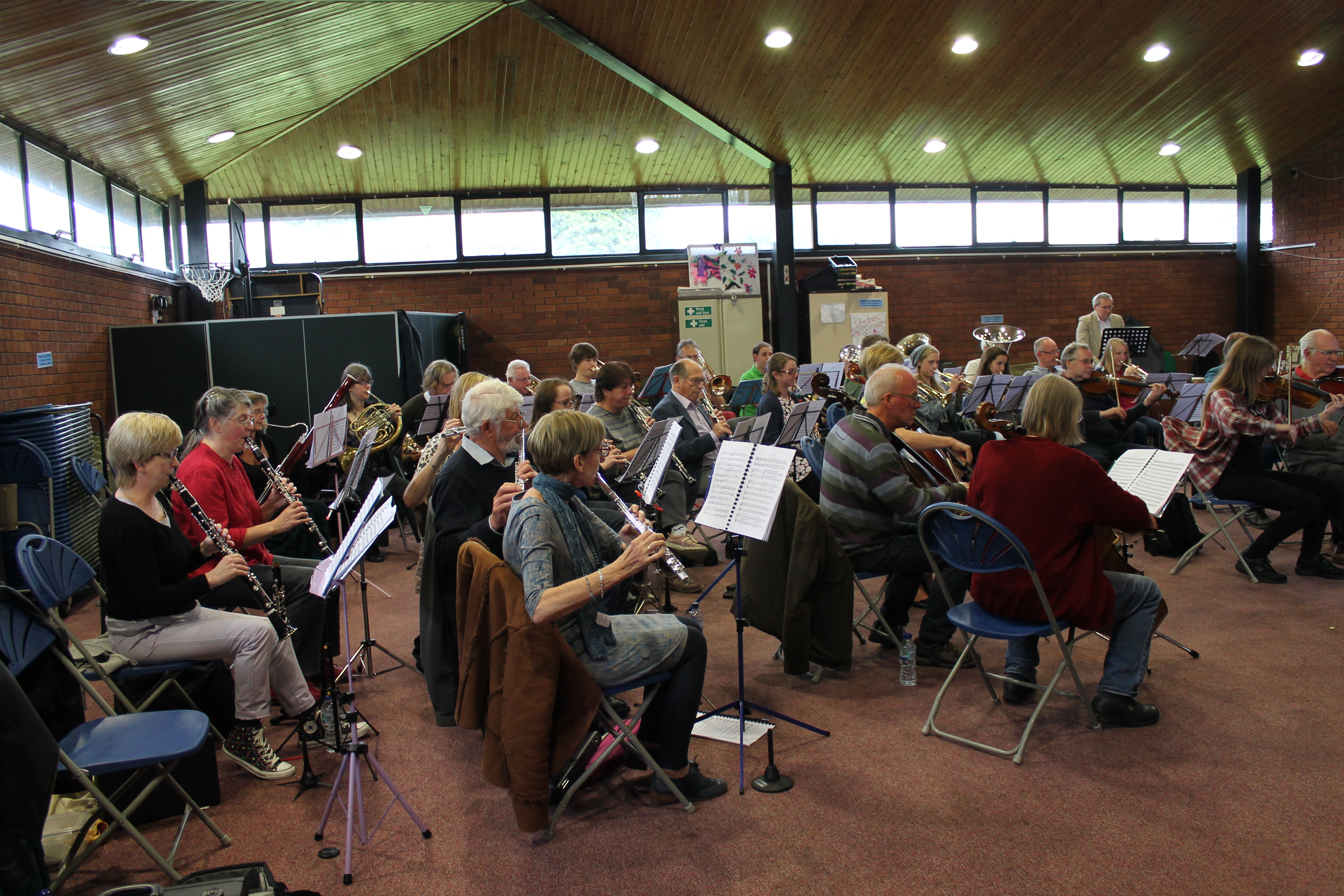 Tony Preece injected a note of novelty into the orchestra’s normal light classical repertoire with his skilful parodies of well-known pieces, including the Strauss send-up Tales from the Doxey Marshes and our own Last Night of the Proms number, the Plump and Circumspect March. For the last few years, the orchestra has performed under the name The Stafford Orchestra, to reflect its close association with the town.
Following Tony's retirement, our conductor was Paul Nevins who introduced our annual 'Come and Play Day' which attracts occasional and new members. St Leonard’s Club closed down and we had to find a new rehearsal venue. St Thomas and St Andrew, Doxey proved an ideal rehearsal room. Under Paul's able baton we visited Market Drayton for their music festival, Burton for a 'Last Night of the proms' at the National Brewery Centre and began to make the Stafford Music Festival an annual event, amongst other concerts. 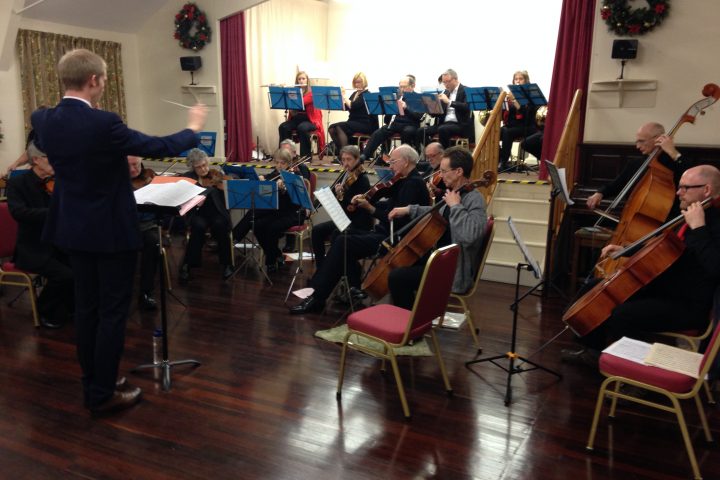 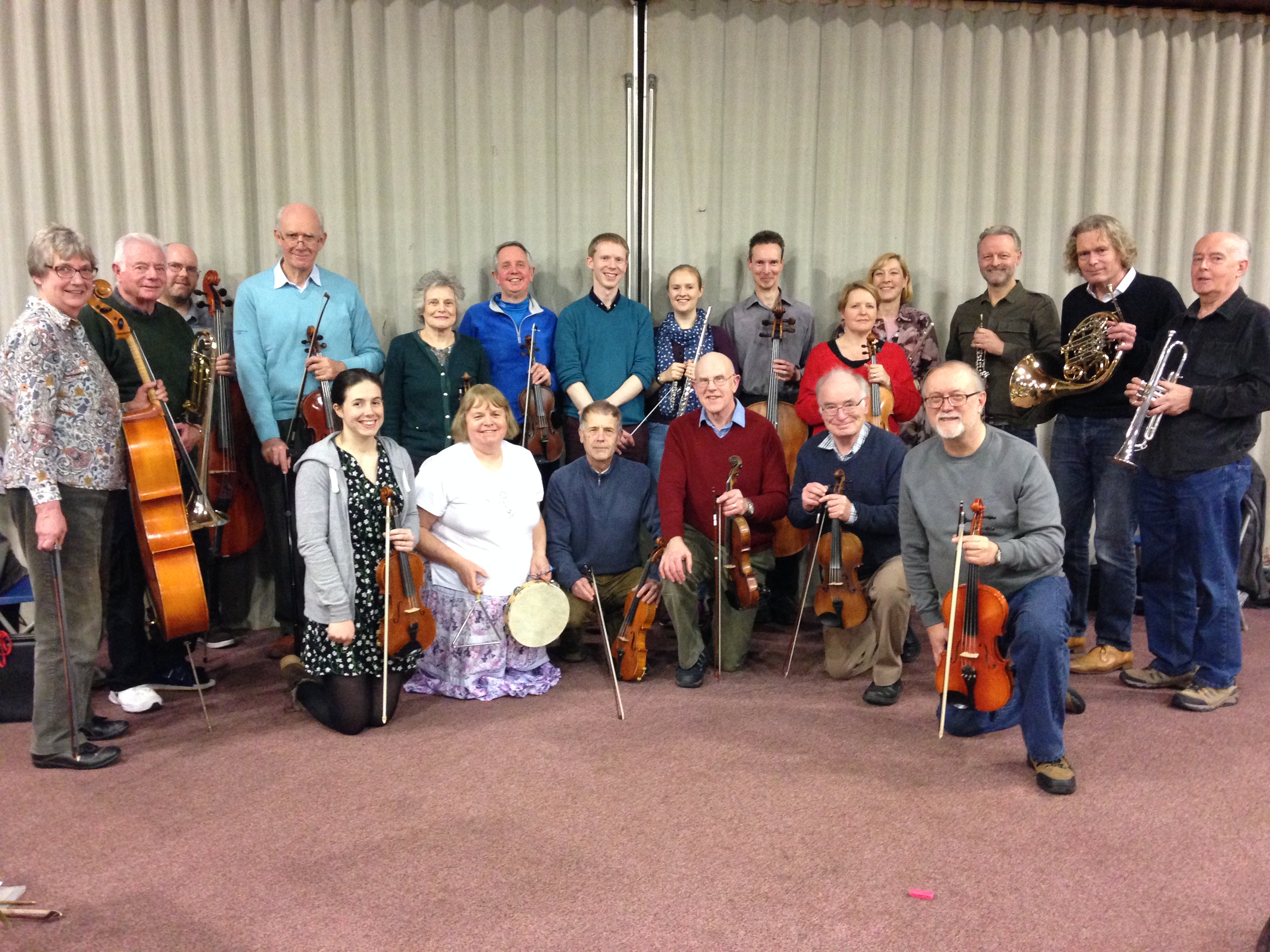 In 2017, Adam Whittaker took the baton and his wife joined us as a flautist. We enjoy playing for charity concerts and still meet every Wednesday evening at 7.30pm at St Thomas and St Andrew, Stafford, meeting up with Stafford Singers for our annual Christmas Concert. Our leader is one of our longest-serving members of the orchestra, Peter Norris. Leslie Smith (conductor in the 80s) often joins us for concerts as percussionist.

If you would like us to play for your local charity, please get in touch.